a lover of rain;someone who finds joy and peace of mind during rainy days.

“Are you ready for another yet?” Nope this ones only 2 and half. (although people asked that when she was 1 month old.

“You guy have to have another?”  We really really don’t!

“She needs friends” Well I don’t plan on raising her to be an agoraphobic so I think she’ll do just fine.

“Siblings are the best” Are they? You may have to try a little harder.

My personal favorite “She’s too cute you have to keep making babies!” Again, no. We don’t. But thank you for trying to tap into the narcissist in me. I’d hate to hear how this conversation would have gone had she not been “too cute”.

I’m an only child. I love it! I loved it then, I love it now, and it melts my heart when people ask my daughter if she wants a little brother or sister and she says “umm, no” and snuggle me a little closer. I had a blast being the center of my parents attention. I didn’t have anyone to steal my clothes or bug me when my friends were over, tell on me when I was doing something wrong or compete with me for attention. It occurs to me that growing up my mom stole my clothes, and would bug me when I had friends over… see I know what its like to have a sibling!  Family vacations were easily planned and executed cause it was just us. I could bring a friend if I wanted or just have some family time. As an only child sometimes I didn’t want to bring friends along. It was nice just to go be solo with my family.  The 80’s version of “unplugging”.

I had cousins that I was abnormally close with and truly felt that I had that connection to other people. I’m sure it’s not the same as ‘real’ siblings (cue eye roll) but it was more than enough for me and I never felt like I was missing out on something.

Only children get a bad rap. People think we are self-centered, unable to share, antisocial and.. well…. jerks. I wont speak for all of us because I know some only children who are the reason this stereotype exists. They suck.  But some of my favorite people are only children and are totally awesome! My strongest defense…..I turned out okay…ish!

My husband has siblings and they are close. I love them! I understand him wanting to have another kid because that’s how he grew up. That was normal for him. Also I get that he’s a man and wants to try for a boy. Wait no I don’t. I also don’t want to have anymore kids. I also said I never wanted to get married and never wanted kids in the first place (Sorry Rylan!) but that obviously changed and thank God it did. But the decision to have more than one kid is a big life changing, sleep interrupting, nipple cracking decision that I don’t want to deal with! Let alone talk about with strangers at the grocery store.

I respect everyone’s decision, so high-five and a margarita to the moms of multiple kids. You are truly the rock stars of the world. I however do no think I could do it. I have friends who make it look SO easy! Even a lot of the bloggers and podcasts I follow make it sound great. Like “oh yeah I could do that” then I start thinking of the infant phases and the lack of sleep, breastfeeding, and don’t even get me started on being pregnant again… I’ll pass.

Cheers to all family sizes and types in my opinion as long as we support one another and worry about ourselves we should be fine. I love the supportive parents of more than one kid who joke with me “seriously only have one. Be smart”, or the mom of 3 who tells me I can borrow one of hers when I think about having another. That’s the supportive banter I love and appreciate and that’s what I think of when the lady at Khols jumps on her soap box of reproducing.

Thank you supportive moms and friends everywhere! To everyone else, I’ll worry about my uterus you worry about yours 😉

Picture below: Me an only child who had her face pained more than most clowns… why?Because it was JUST ME! 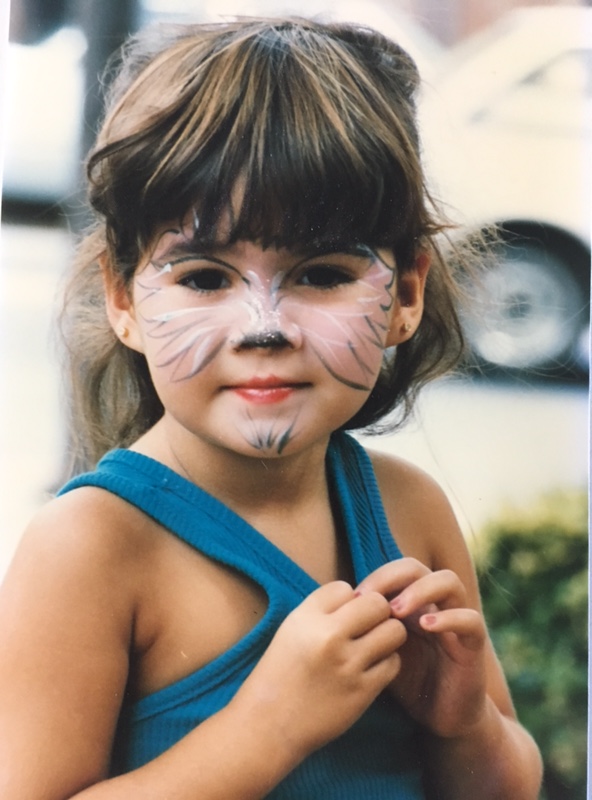